Life in Monkey land has gotten interesting in the last few days. Interesting enough to warrant a mid month update.
First, yesterday, the monkey wore his first pair of jeans...all day long. He wore a pair once, just for a few hours to a baseball game, but he was in it for the long haul yesterday. I'm not a fan of denim on babies. It's not soft and sweet, and squishy, but he did look super cute in his jeans. Second, the kid has yet another tooth coming in. It's on the bottom and makes for goofy toofy #7. Ross and I should have known when last Friday, in the span of about 25 minutes Elliott pooped three times and puked a little, that something was up but it wasn't until later when we finally looked in his mouth, that we saw the cause of his upset tummy. That's 7 teeth at 8.5 months old. I'm not sure that's a record, but it's pretty exceptional. Because of the great tooth progress, Elliott has started eating cheerios and Gerber star things. He loves them equally and it's just about the cutest thing to watch him pick them up and struggle to get the tasty treats into his mouth. He's doing a great job though. If he gets any more teeth soon, Ross is ready to just give Elliott a steak and see how he handles it.

Third, we've officially graduated from the baby bathtub on the counter top to the real bathtub. Bath time was getting a little out of hand, and very wet every morning so over the weekend we made the switch. Who's have guessed that this baby loves the bathtub? We should have switched a month ago. He's just growing up so fast. He loves to splash, and stick his head under the faucet and have the water run over his face. He's also figured out how to turn the drain and stop the water from running out of the tub. Smart fart. Fourth, and perhaps most exciting, occurred today. Everyone in the family has been trying to get Elliott to wave bye-bye for weeks now and he won't do it. The only person whose made any progress is Willie, and all he can do is to get Elliott to frantically wave his arms. Well, this morning, as Ross was walking out the door to work, I said to Elliott, "Wave bye-bye to dad" and guess what, he did! Yeah! It's a silly little wave, and only involves his fingers, but it's definitely a wave and I couldn't be more proud. The second milestone today? With very little help from me, this afternoon, Elliott pulled himself from sitting to standing in his crib. We've been working on it for a while and he's finally starting to figure it out. Now all he needs to do is figure out how to sit up, and he'll be in business. Email ThisBlogThis!Share to TwitterShare to FacebookShare to Pinterest
Labels: Elliott

You should try sign language with him. You will not believe how quickly he will pick it up and how much easier it makes it to understand him. I think we only ever taught Gentry a handful of signs, but they were divine to have until he started talking. I can teach you a couple tomorrow.

Annie, He gets cuter each time I see him or you post a picture! As to jeans on babies, I agree with you but honey I hate to tell you this but he's not much of a baby anymore! Your almost to toddler hood, just let him crawal and your there!

People say that Grandmas are prejudice but Elliott is particularly gorgeous....His eyes are huge....When you have time, we could use the crib picture for our Boston collection..thanks for this update.

He is so cute. I love him in jeans! 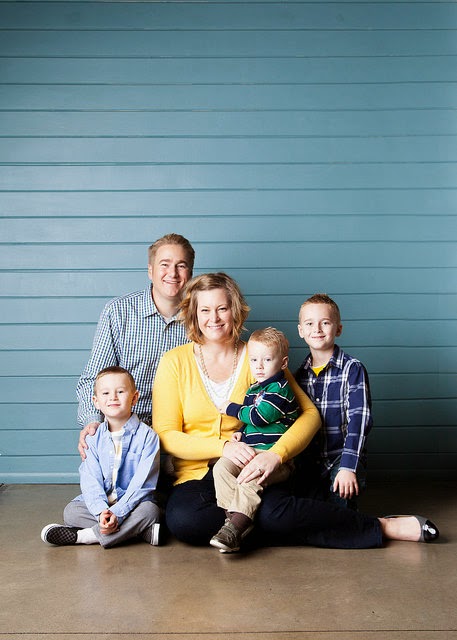